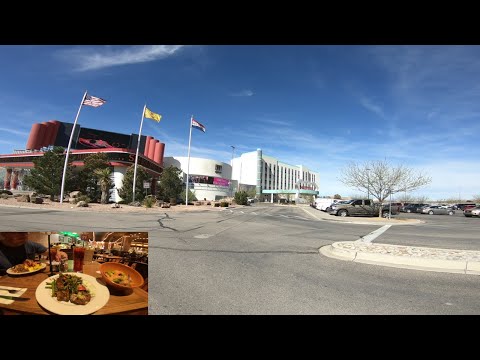 Las Venturas + an Albuquerque based city for GTA 6

Everyone and their mother knows GTA 6 will be set in Vice City, but if they do change their minds and try to do another city, I would love for it to be set in Las Venturas. Las Venturas was always cooler to me than San Fierro in San Andreas because of its unique architecture and desert surrounding it. If they decide to make it this is how I would like the map to be.
Las Venturas: A city full of greed with casinos and fancy hotels.
Grand Canyon + hundreds of miles of open desert: A famous tourists locations and hundreds of miles of untouched desert where you can cook meth in or kill somebody without the rest of the world noticing.
An Albuquerque inspired city: A large city with a drug and gang problem, perfect for GTA. Also would be awesome if you are a breaking bad or better call saul fan.
Highway towns: Small towns with gas stations and motels dotted along the major highways.
Also another Idea: The map should not be an island instead if you drive too far a cut scene plays where you car breaks down and a towtruck tows it to the nearest Car shop.

Jesus. I feel stupid writing this. This is not something I feel comfortable sharing with anyone in my circle (family friends, co-workers), so I’ll share it with you, nosleep. I’m new to the group, and not sure exactly how this whole thing works, but I could use some advice, or at least some feedback.
​
First, a quick hello: I’m a forty-eight year old traveling salesman. I provide electrical components to military/defense aerospace companies. My territory encompasses several states which requires lots of travel. Basically, I spend more time on the road than I do at home.
​
I know. Poor guy, right? I get to see where they make the missiles and tanks, AND I get to travel every week. But please don’t misunderstand, I know I’m lucky to have a great job. I’ve been doing this for almost eight years and couldn’t imagine a better way to make a living.
​
My concern is not with my job, it’s where I stay at night. I started out booking hotels (mostly Marriott and IHG properties), but after years of eating those scrumptious ‘scrambled eggs’ and turkey patties from the free breakfast, well, I decided to try something different. So a few weeks ago I booked a Bed and Breakfast.
​
My first experience was in Arkansas. I don’t want to post the name of the B&B, but it is in the Ozarks near Eureka Springs. It is an older home, remodeled with new carpet. I remember the staff being extremely nice and helpful. I stayed two nights while visiting customers. Nothing out of the ordinary happened other than I accidentally left a pair of my work slacks hanging in the closet.
​
The following week, I was in Salt Lake City, UT. I stayed in a two-story house with a view of the Wasatch mountains (beautiful). The first night, I was restless. Even my white noise app didn’t help. The second night, I was awakened around 3am. Dripping sweat, and my heart was messing up a little. I have a slight AFib (Atrial fibrillation) condition that bothers me if I don’t eat enough carbs. Couldn’t go back to sleep, so I watched a YouTube documentary about an island in Mexico full of broken dolls.
​
Next morning, I packed and had breakfast in the common area before heading to the airport. On the way to the rental car facility, I couldn’t shake the feeling I’d left something at the B&B (not my slacks again either- Ha!). I even called to have them check my room. The feeling never really left.
​
Next week was a detached B&B in Albuquerque, NM. It was a converted garage next to the main house. Nice enough but smelled a little moldy. I awoke the first night to the barking of a dog. Again, I was drenched in sweat and my AFib was kicking the hell out of my chest. I tried cooling down with a wet washcloth, but I just couldn’t get comfortable. I tossed and turned all night, and the next morning, the feeling that I’d lost something was back. I checked out without breakfast. Called my wife from the airport- Asked her if everything was ok at home. She sounded worried about me.
​
Last week I was outside Tulsa, OK. Stayed in a little cottage near a casino. The lights seemed dim in my room. And the tv didn’t work. I know this will sound ridiculous, but as soon as a set my bag down, the feeling was back. Obviously, I couldn’t have left anything yet. But I couldn’t shake it. I went to bed and couldn’t sleep, so logged on to YouTube. My Recommended Feed offered a video about a bible in Dalton, GA that leaks holy oil. From that video, I just watched whatever popped up next (When will the World End, The Truth about Imaginary Friends, How to Astral Travel, etc.) Five or six videos later, one came up on Lost Souls and What Causes a Soul to be Lost. It’s a short video of some old lady rambling about souls that can’t find the ‘light’ or something. But after watching it, I started to wonder if this reoccurring feeling could be tied to more than just leaving my slacks in Arkansas.
​
Tonight, I’m in Baton Rouge, LA. I think it was a bad idea to stay in a B&B. I’m a little freaked out. Should have booked the Marriott. I’m near the swamp and can hear the frogs and god knows what else outside my window. I met with a customer this morning who asked me if I believed in demon possession. The question caught me off guard. She realized I was uncomfortable and tried to downplay the question by telling me she had an aunt living in Shreveport who could tell someone’s mood by reading their aura. I said it sounded like a cool trick and changed the subject back to electrical components. She kept glancing above my head.
​
I’ve just felt weird all day. When I got back to my room tonight, I ordered some of that holy oil from the leaking bible. Not sure why. Not even sure what to do with it once it comes. I don’t want to sound cliché, but I don’t feel like myself. I don’t know if it is possible to ‘lose’ your soul like the YouTube lady said. I wouldn’t think you could just accidentally leave it in a B&B. But I do wonder if you can pick things up from rooms that others have stayed in. Like maybe it’s possible that someone left ‘bad energy’ in a room? Maybe it attached to me or my stuff.
​
This may not be the right venue to write this kind of experience, but I’m just not sure who to talk to. Feel free to comment. I’ll follow this post when the holy oil comes.

Ranking All UFC Events Via Their Reported Attendance Numbers!

These Events Have No Reported Attendance Record

New Mexico is getting ready to start a new long distance trail along the Rio Grande river which goes from the north to south of the state. https://www.abqjournal.com/1215511/duo-to-hike-500-mile-rio-grande-trail.html
So a duo is hiking it from Colorado to Las Cruces in southern New Mexico (just above the big city of El Paso TX).
The Colorado border is wild and it goes through some rafting areas between Taos and the Santa Fe area before sliding down to Bandelier (nat parks) and Albuquerque (Bosque state park). It’s farming after that until hitting some wildlife refuges and Elephant Butte to Caballo reservoirs around Truth or Consequences (which have state parks more for boating). From T or C to Las Cruces, I have “rafted” (if floating on an inner tube with another inner tube holding a beer filled cooler counts) but don’t know the access except for the raft access.
The area will likely not reach Mexico since the last 20 miles are covered by treaty with Texas and Mexico - think that part may become a multi-use trail going into downtown El Paso. Note that last part several miles where the New Mexico and Texan borders interweave, between Las Cruces and El Paso, is already a multisurface bike trail with suburbs. Maybe stealth it though there’s hotels and when the New Mexican side reappears, a casino with buffet and nearby hotels, BBQ, etc..

The Unofficial Timeline for 7 Days To Die

Sorry, I know some people get tired of these but I really don't know shit about NM and would love some advice. I will be there Sunday April 9th through the afternoon of Thursday the 13th.
Monday and Tuesday I will be meeting clients in Santa Fe and I already have a hotel there near the Plaza. Make the right choice? Anything in particular I should do, visit, drink, eat around there?
Then, Wed and Thurs I will be in Rio Rancho. My meeting is Wed morning near the Star Center, then I am free the rest of the day and Thursday. Should I stay out there? Or in Albuquerque? Things to do in either? Maybe a casino (I love casinos)? Route 66 Casino looks kind of fun, or do you recommend another? (I am a low stakes, just do it for fun type, if they are good, would love to stay at a casino perhaps). Thanks everyone!